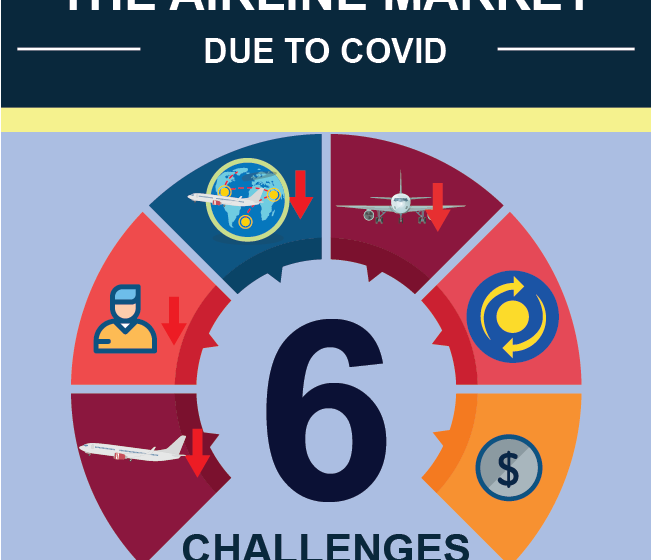 The coronavirus pandemic of 2019 brought with it an avalanche of disasters, not just affecting human lives but negatively impacting the means that sustained them. Amid nationwide lockdowns, lack of necessities, and the immense loss of lives, the economic situation became pathetically dire within the first few months of the pandemic, impacting major industries the world over.

One of the discernibly impacted domains among these was the aviation sector. Even prior to COVID-19, the sector had been fraught with risks. The challenges faced by the airline industry due to COVID-19 however, left nothing to imagination, as the market suffered from its worst barrage of problems in several decades.

Almost immediately post the onset of the pandemic, commercial air travel came to a standstill, and by the middle of 2020, stood at a meagre fraction of the aviation traffic in 2019, disrupting air traffic management.

According to Airlines for America, close to 20 airlines shut down operations or declared bankruptcy.

Labor shortage reached an all-time high, with airlines laying off thousands off employees due to fund shortage, and many others, including pilots, quitting due to job insecurity and fear of the pandemic.

According to DGCA, when Indian airlines suspended operations for six days in March, it led to a 33% decline in passenger traffic.

Facing the unexpected effects of the pandemic took a considerable toll on air travel, with new challenges of the aviation industry coming to the fore. While the market continued to face the problems it did earlier, even during COVID, the pandemic introduced a renewed set of issues that would redefine the aviation sector landscape in the future.

Top 6 Challenges of the Airline Market

The massive number of lockdowns and severe bankruptcy nearly brought commercial air travel to a halt, making fewer airlines one of the potential challenges of the aviation industry. During COVID, experts predicted that in the medium run, there will lesser than average airline companies operating, which means consumers will have much lesser choice in travelling.

Although this increased the demand for the few airlines that exist, the impact of covid-19 on the airline industry was felt once again as the second wave of the pandemic put a dampener on commercial air travel. This period considerably increased fluctuations in demand and supply with rising dependence on the reoccurrence of the pandemic and the development of a vaccine.

The lack of airport revenues already brought about considerable layoffs, but with COVID spreading more than ever, the airline industry had been unable to retain most of the important personnel. Job losses amounted to a considerable percentage of the aviation workforce worldwide, leading to financial ramifications and economic instability. Reduced capacity and increased travel restrictions led to labor shortfall.

Ferrying passengers and managing airport traffic in the middle of a global pandemic, even with all precautions taken, seemed a task almost as risky as frontline personnel, which may have led to airline employees reducing in number. Lack of workforce also gave rise to flight delays and cancellations – in a nutshell, labor shortage proved itself to be one of the most significant economic impacts of COVID-19 on the airline industry.

Processing times increased significantly with the onset of the pandemic, making it one of the worst challenges of the airline industry. The aviation sector had already been facing issues of global congestion and overcrowding the world over, but with the arrival of COVID, despite fewer flights and dwindling passengers, processing times took much longer than usual.

This can be attributed to the additional safety and airport security procedures such as temperature control on arrival as well as departure, longer questioning times at passport control counters, delays in flight onboarding and deboarding, and restricted drop-off positions at security control. Additionally, commercial air travel involved consistent checking of health certificates, limited passenger entry in airport buses, delay times at baggage claim, and other strict enforcements. Clearly, elongated processing times stood out as one of most problematic challenges of the aviation market during COVID.

Reduction in overseas air travel was one of worst impacts of COVID-19 on the airline industry. Indeed, experts surmised that increasing number of travel restrictions in place, coupled with periodic lockdowns, will continue to affect the proportion of international air travel at least until 2023. Several countries banned flights in and out, to reduce the spread of the virus; prominent airline companies shutdown operations subsequently – an indicator of how COVID-19 disrupted the airline industry.

Beginning March 2020, nations such as Albania, Angola, Argentina, Australia, Bahamas, Belgium, Japan, Mexico, Mauritius, New Zealand, Poland, Russia, and a number of others were among the ones that put forth a ton of travel restrictions, reducing air travel to a massive extent. Major air transport routes were shut down, and planned flights for the next few months were cancelled. Low international travel falls under one of the principal challenges faced by the airline industry due to COVID-19, with passengers, as indicated by surveys, likely to prefer places of travel with hygienic procedures and completed vaccination drives in the future.

Paramount changes in airport traffic was one of the worst economic factors affecting the airline industry in 2020. The year marked a major halt in passenger influx, bringing airports the world over, to a standstill and leading to considerable revenue losses. As per the Airports Council International (ACI), the impact of COVID-19 on the airline industry was outrageous – the year 2020 eliminated over a billion expected passengers as compared to earlier projections for the year, essentially indicating a reduction of 64.6% of global passenger traffic.

Of all the majorly impacted geographies, the Middle East and Europe stood out as the worst affected regions, with massive declines from the projected baselines. Asia Pacific was also hit hard, given that the source point of the coronavirus was China. The region depicted a decline of 61.3% in 2020 as opposed to the previous year and recorded an overall passenger traffic loss of 2.15 billion in 2020 as compared to the expected baseline.

Globally, international passenger traffic dimmed down to nearly zero post nationwide lockdowns and travel restrictions – the volume depicted a reduction of over more than 75% as opposed to the passenger volume in 2019.

Massive upheaval in airport traffic turned out to be one of the most pivotal challenges of the aviation market in 2020. While experts predicted that air travel may pick pace in the middle of 2021, it will still be a considerable time before the aviation sector comes back to normalcy.

The fluctuating financial situation during the pandemic was undeniably one of the worst economic impacts of COVID-19 on the airline industry. Without air traffic and passenger-related charges, global airport revenues nearly ceased to exist, as was evident with many airline companies shutting shop. The year 2020 hardly depicted any flexibility in operating expenditures. That, in tandem with massive capital costs, proved to be one of most unprecedented challenges of the aviation industry in 2020.

According to estimates made by the Air Transport Action Group (ATAG) in September 2020, COVID-19 may lead to the loss of close to 46 million airline-related jobs and USD 1.8 trillion in economic activities. ACI World claims that prior to the pandemic, the airport industry was anticipated to generate a valuation of USD 188 billion in 2020. With the COVID-19 outbreak however, around USD 125 billion was reduced from the projected value – representing a reduction of close to 66.3%. In Q2 2020, the aviation sector witnessed a reduction of USD 43.5 billion in revenues compared to the anticipated baseline.

Where Does it Go from Here?

The year 2020 proved to be disastrous for aviation leaders in more ways than one, as they dealt with the unprecedented impact of COVID-19 on the airline industry. Although certain projections were made for the year 2021, most experts believed not much would change for the aviation sector. If anything, with safety protocols and government restrictions in place, airports are likely to go the extra mile to ensure hygienic air travel.

This would lead to a rise in the already mounting challenges faced by the airline market due to COVID-19. In essence, the progress of the aviation sector may fluctuate periodically, depending on the increasing/decreasing number of coronavirus cases and its repercussions on the economy, infrastructure, and changes in jurisdiction, for at least 3 years. Experts surmised that the year 2022 may provide more insights on how to deal with this devastating pandemic and what further measures should be taken by the aviation sector in the years ahead so that it remains prepared for similar events of mammoth proportions in the future. 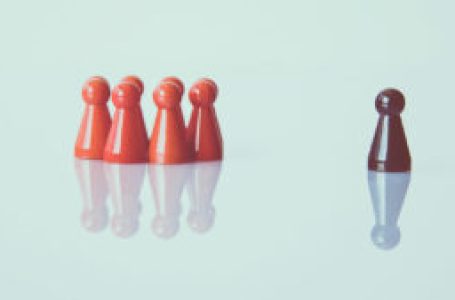 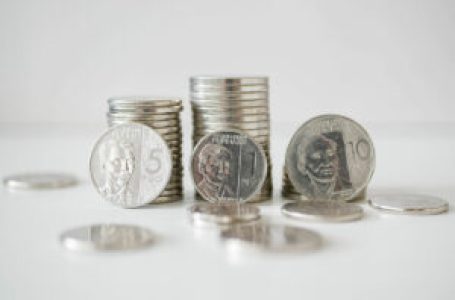 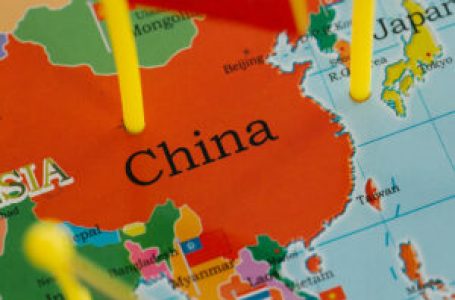 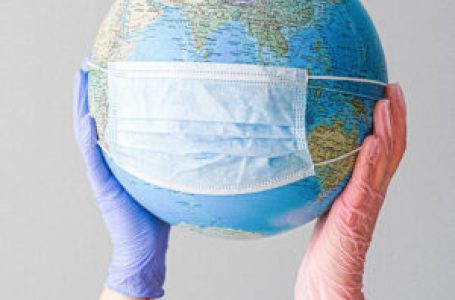 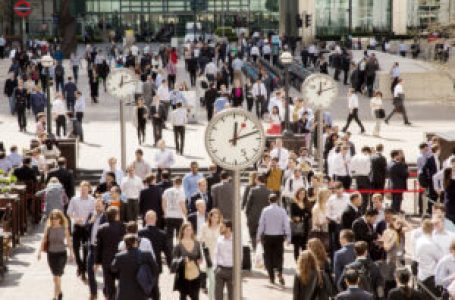 Half of all Londoners aspire to set up own company 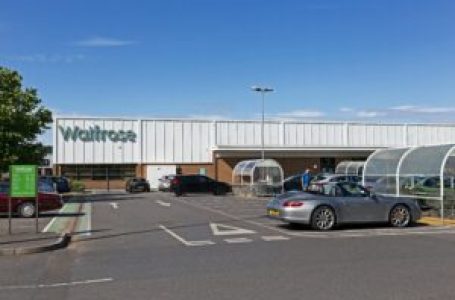 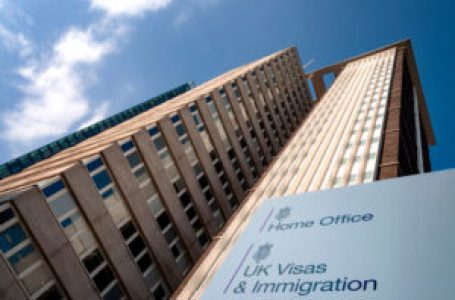 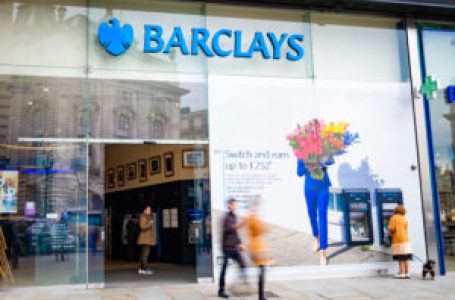 Barclays fined £8.4m after shops lose out on card fees