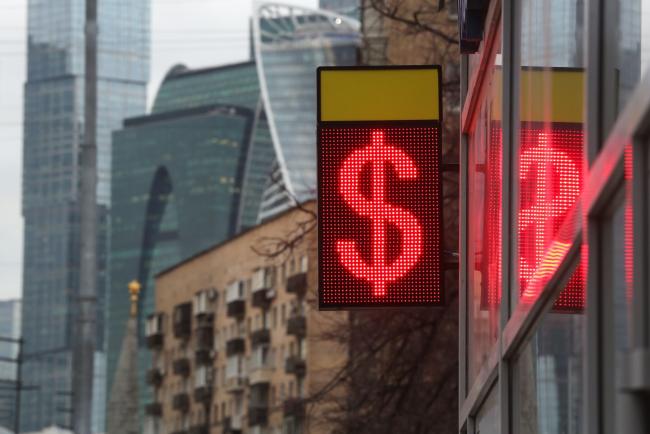 (Bloomberg) — King Dollar is creating a new headache for virus-battered economies globally, with emerging markets especially vulnerable as they try to cope with collapsing currencies and plunging demand.

Investors are fleeing emerging markets in record numbers and piling into the safe-haven greenback, with two emergency interest-rate cuts this month by the Federal Reserve doing nothing to diminish the dollar’s appeal.

With the dollar more integrated into the world economy than ever before, its gains are an added stress for businesses and governments as they brace for soaring costs on their dollar debt. The dilemma for emerging market central banks is that as they slash interest rates to support growth, they risk destabilizing their currencies as well if they cut too much.

“The surge in the dollar is another blow to emerging markets,” said Mitul Kotecha, senior emerging markets strategist at TD Securities in Singapore. “The demand for the dollar has outweighed any hit to the U.S. currency from sharply lower Fed rates. EM assets will continue to struggle as investors steer clear of relatively risky assets and maintain a bias for safe havens.”

New research from the Bank for International Settlements shows that since the global financial crisis, unexpected dollar appreciation depresses world trade growth. A reason for this could be a tightening in financial conditions as dollar lending to emerging markets slows, according to the research paper.

Outflows from emerging markets are already at record levels, reaching $30 billion in 45 days amid the virus outbreak, according to the Institute of International Finance. All major emerging-market currencies tracked by Bloomberg have weakened against the dollar since Jan. 20 — the onset of Covid-19 concerns in Asia — with the Russian ruble and Mexican peso dropping almost 20%.

The pain is also felt in emerging Asia, where the market plunges have brought back memories of the Asian financial crisis more than two decades back. Indonesia’s rupiah is the worst performer in Asia this year, down 8.9%, South Korea’s won is trading near its weakest since 2010, and India’s rupee slumped to a record low last week.

“They will continue to utilize their FX reserves to smooth currency volatility, but will not seek to stem the trend or defend any particular levels,” said Goh. “In the current environment when external demand is very weak, allowing some currency weakness alongside lowering interest rates is the best way to try and ease overall financial conditions.”

Both Indonesia and the Philippines are set to cut interest rates Thursday, with the latter expected to ease by a bigger-than-usual 50 basis points.

It’s not just emerging markets that have suffered at the hands of the dollar’s rally. The Australian currency fell to its weakest level since 2003 — a cause for concern given it’s likely to push up import costs without any of the normal offset benefit in areas like inbound tourism and education, given the coronavirus is closing borders. Norway’s krone is down more than 16% this year, plunging to an all-time low as crude oil weakens.

Central bankers in the advanced world are coordinating to ensure dollars keep flowing around the world. The Fed on Sunday reduced rates on its dollar-swap lines with five other central banks, taking a page from the policy playbook during the global financial crisis.

“A strong dollar is typically a headwind for emerging-market currencies and even more so for countries that are reliant on offshore dollar funding and have floating exchange-rate regimes, said Todd Schubert, head of fixed-income research at Bank of Singapore Ltd.

Here’s a look at how other emerging-market central banks outside of Asia have approached policy around the virus:

Surging U.S. Dollar Is Next Big Headache for World Economy